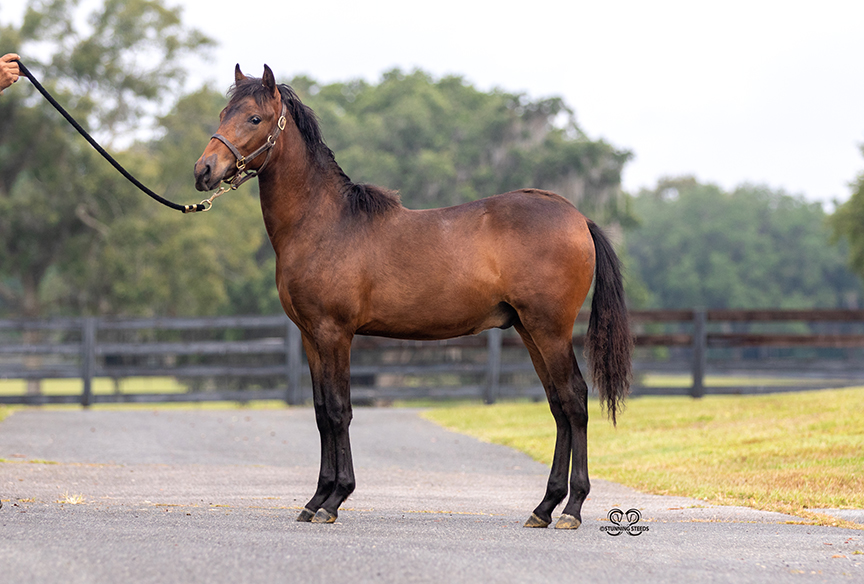 This colt’s sire Tributo de Besilu is an upcoming star. He possesses a quick, collected Classic Fino gait. He is sired by Besilu Collection’s past breeding stallion Atributo de United, a sire of National Champions such as Soberano de United, Penelope de Gasparilla, and El Futuro de United. He is also sire of talented mare Primera Dama de Besilu. His pedigree on the sire’s side also includes the bloodline of Patrimonio del Ocho, who was a Classic Fino stallion and prolific sire in Colombia of numerous Mundial and Colombian National Champions.

His mother of Tributo, La Reserva de United is out of Xena de La Estancia, an extraordinary and naturally talented Fino Mare. Xena is rated as one of the top producing mares in the country.

Reserva’s sire Dali is sired by one of the most sought after internationally recognized breeding stallions, Dulce Sueño de Lusitania. Dulce Sueño has been awarded for multiple years in Colombia the prestigious title of “Jefe de la Raza” (Sire of Sires) as well as the PFHA’s Top Ten Sire’s list.