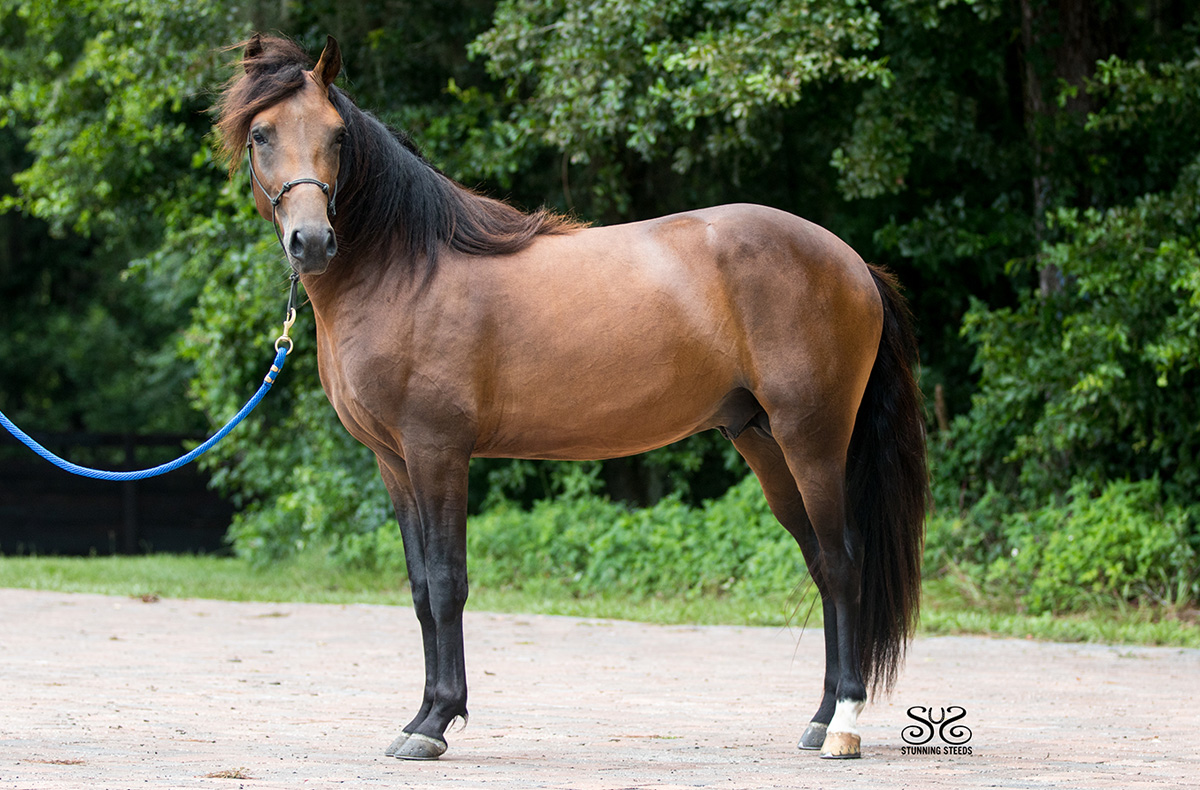 Ensayo de Besilu is sired by three time Grand Champion Fino Stallion 2016 through 2018 and 2017 XIII Mundial 1st Place Paso Fino Stallion 78-100 months – Bogotá, Colombia Vivaldi de Besilu. Vivaldi is one of the most exciting stallion prospects at the modern Paso Fino era. An incredibly good looking individual and an awesome temperament allied to his ability makes Vivaldi the dream horse. He is following the footsteps of his sire Bribon de San Isidro, a top producer of Classic Fino offspring, has been on the PFHA’s Top 10 Sires list 7 consecutive years 2012-2018.

Ensayo’s dam Maraquita de Besilu is out of, Maraquita La Rosa an internationally recognized star and Spectrum Hall of Fame Mare. She has endless awards in the Classic Fino division and is known for her undeniable talent. As Maraquita de Besilu has consistently placed in Grand Championships, including holding four national titles, it is apparent her rapid footfall was passed on to her from her dam. Her sire Gladiador de La Virginia is also a Classic Fino contender himself, and comes from the sought after bloodline of Capitan de La Vitrina.

Ensayo has gait, a willing disposition, an excellent foundation under saddle and will make a spectacular trail and Pleasure division riding horse. SEE VIDEO to watch him in action.